I know I haven’t made a blog post in a very long time.  As you probably know by now, I sell Gourmet Homemade Marshmallows on Etsy.  This past December was busy beyond expectations.  The up side of this was that it was very flattering to have customers so confident in me!  The down side was that I had no time to do any holiday baking!  😦  (Don’t think for a minute that I didn’t EAT a ton of baked goods that others made though!)

Now the holidays have come and gone and I have time to catch my breath.  In fact, I’m catching it right now on a long-weekend in Alabama!  I am visiting many Civil Rights themed sites in honor of MLK weekend.

This also means that while I’m living out of a suitcase in a hotel, I have fewer distractions and am able to catch up on some things such as my blog.

Just before Thanksgiving and just after Christmas I did some baking but neither were worthy of a Sweet Jumbles mention.  This past week, however,  I baked an Apple Cider Cream Pie.  I’m still in winter flavors mode (and based on the weather, that’s pretty appropriate) and this was a sure winner.  My coworkers enjoyed it and it was devoured in the blink of an eye.

The photos, unfortunately, don’t do the pie justice.  Just trust me. 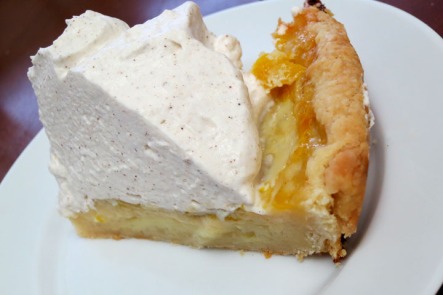 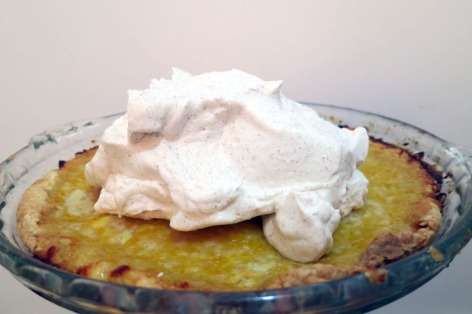