If you’ve had your fill of Christmas Cookies and need to mix it up a bit, I’ve got a great recipe for you.  These Pear Butter Cupcakes do require a bit of extra effort due to the fact that you have to make the pear butter and add it to the center of the cupcake, but I think they’re worth it.

I find it best to use not-quite-ripe pears, however doing so will limit the amount of liquid produced when you make the pear butter, and you may have to add some. If you are using super juicy pears, you will have to add less or none at all.

The recipe below makes just enough pear butter for the cupcakes.  Well, I had enough left to have with one English Muffin.  If you wish to make more, you can find the original recipe here.

inspired by The Kitchen Prep Blog 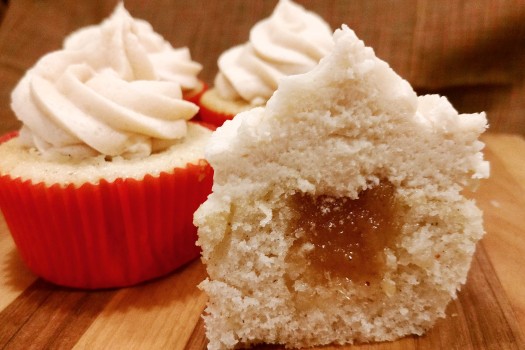